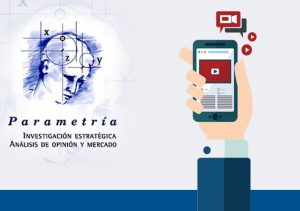 Polls show candidates have one man to catch up to: Andrés Manuel López Obrador. Known as AMLO, the former Mexico City mayor is making his third go at the presidency, this time as the candidate for the National Regeneration Movement (MORENA). Frequently framed as leftist, MORENA allied itself not only with the Labor Party (PT), but also with the Social Encounter Party (PES), led by religious conservatives.

He faces three challengers. One is Ricardo Anaya, whose conservative National Action Party (PAN) formed a left-right alliance with the Party of the Democratic Revolution (PRD) and the Citizen?s Movement (MC). Another is José Antonio Meade, who?s held various cabinet posts and is the candidate for the governing Institutional Revolutionary Party (PRI). The PRI is allied with the New Alliance Party (PANAL) and the Ecologist Green Party (PVEM).

One candidate, Jaime ?El Bronco? Rodríguez, isn’t running with any party at all. After years in the PRI, he went on to become the first independent to win a governorship in 2015. Currently on leave from his post as governor of Nuevo Léon, Rodríguez was initially prevented from launching his campaign due to irregularities in signatures collected to support his candidacy and, therefore, does not appear in some polls published around the official campaign start of March 30. Another independent candidate, Margarita Zavala, withdrew from the race on May 16.

There is no runoff vote in Mexico, so the next president will be decided on July 1. In the last two presidential elections, the winner received less than 40 percent of votes.

AS/COA Online will be monitoring major polls from the beginning of the year until Mexican voters pick their president. The closing day for both presidential campaigns and polls is June 27.