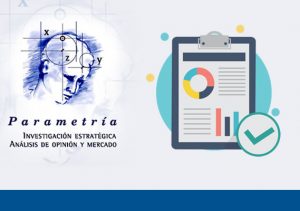 Lincoln (Nebraska, USA), November 13, 2012. WAPOR has learned of two proposals to further increase regulation on pre-election polls introduced in the Mexican Congress. In the Lower House, the Democratic Revolution Party (PRD) proposes completely prohibiting the publication of any poll results during national election campaigns, arguing that poll results are used as propaganda for parties and candidates and misinform citizens. In the Senate, the National Action Party (PAN), proposes complex
regulations aimed to increase the quality and transparency of polls: reducing the current publication ban from three days to one day prior to the election; creating a Technical Committee on polls at the Federal Elections Institute to review poll results, methodologies, and datasets prior to publication; requiring certification for polling organizations; and adding to the current law elements for the enforcement of minimal disclosure, including a poll’s sponsorship.

WAPOR firmly believes that the regular publication and discussion of reputable polls during election campaigns is a vibrant aspect of democracy. An absolute ban on polls (as the PRD proposes) goes against not only the citizens’ right to information, but also the right of researchers to conduct and publish public opinion polls that this Association promotes and defends worldwide.

WAPOR agrees that public polls should meet standards of quality and transparency, and that some regulations such as the one proposed by PAN in Mexico are designed to help with that. But previous experience with such laws, as in France or Canada (which serve as models for the PAN proposal), shows that more complex regulations rarelytranslate into better results or better practices.The current Mexican law on electoral public polls already contains all the requirements for proper disclosure that are prescribed by WAPOR’s Code of Ethics (See the Rules of Practice Regarding Reports and Study Results at http://wapor.unl.edu/wapor-code-ofethics/).
The current Mexican regulation already goes further by requiring polling organizations to provide for public scrutiny copies of data sets from the polls. WAPOR supports practices of data archiving for public use, but is aware that legal requirements to open data files may have “perverse effects” if they are used by non-informed parties to criticize polls on inappropriate grounds. The law could require polling organizations to keep data sets for scrutiny up to two months after an election.

The proposals before the legislature in Mexico reflect the country’s recent experience in the presidential election, in which most public polls overestimated the winning candidate’s lead beyond the margin of error as compared to the final election results.

WAPOR believes that better results in the future depend more on polling organizations’ scientific methodologies, practices, adherence to ethical principles, and to the proper citation and use of poll results by the news media than on stricter and increasingly complex controls on researchers. Therefore, WAPOR supports proposed regulations that extend the period of publication, but rejects any attempts to further restrict the scientific freedom of polling researchers or attempts to prevent citizens’ access to the poll results that they gather and disseminate.